Check out the variety of upcoming free classes offered through Alaska Works Partnership!

Click below on the following links to find out what training is provided by Alaska Works Partnership (AWP) in your area.

Women in the Trade Fall Flyer

For more information about any of these programs visit their website at: www.alaskaworks.org

After taking a year sabbatical, the Davis/Mass group wanted to take on “The Dave” challenge again and brought a new team together.  “The Dave” is named in honor of a man who helped bring the sport of rowing to Alaska. This Rowing Challenge offers members of the community an opportunity to learn a new sport, encourage competition, support the team and other community agencies, while at the same time, having a boatload of fun. It’s a team sport where everyone, literally, has to pull together.

With Emma as our coxswain, our team pulled together to win each of four heats and took home the championship.  A big thanks to the 2018 participants:  Ken Andrews, Cody Troseth, Chase Swalling, Devin Gottschalk, Ethan Schneider, Gaute Johansen, Jessica Tramp, and Sharayah Dollente.  Jed Shandy/ alternate and team captain.

A weekend regatta that puts teamwork to the test!  The Dave offers members of the community an opportunity for the ultimate team building experience while learning a new sport, encouraging competition and at the same time, having a boatload of fun.

See you next year!

Our friends at iHeartRADIO recorded Gwen Adams from Priceless to spread the word about the upcoming fundraiser.  Listen here! 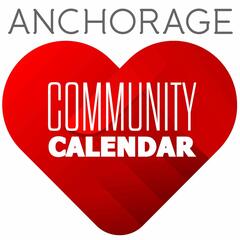 Mass Excavation and Davis Constructors and Engineers both participated in the MATHCOUNTS neon bowling fundraiser over Presidents’ Day weekend. The foundation helps children improve their attitude about math and other problem solving techniques!  The tournament proceeds helped support MATHCOUNTS through Alaska Engineering and Education Foundation (AEEF).  If you want to learn more about MATHCOUNTS programs and how you can get involve click here.

The commute though and around Dimond Boulevard is about to get a lot easier! Mass Excavation is currently working on the 100th Ave Extension which will help with relieving congestion throughout Dimond Boulevard. The extension is well on its way to be completed but will be fully finished in 2018. We are looking forward to seeing all the benefits this new road extension will bring!

The Yosemite Drive project made the Alaska Star!!

Affecting everyone from commuters to high school students, major upgrades along Eagle River’s Yosemite Drive are due to be completed by the beginning of the school year.

“That’s the goal, and that looks like it’s really doable,” said Jerry Hanson, a project manager with the Anchorage Public Works Department.

The neighborhood thoroughfare – nearly three-quarters of a mile long – connects Eagle River Road to Eagle River High School and the approximately 200 homes within the Eagle Pointe subdivision. Ongoing renovations along the two-lane road include extra lanes, new curbs and a long median strip near the road’s southern end.

Construction began this spring. The project itself began years prior. After the Anchorage School District built Eagle River High School in 2004, the developer behind the Eagle Pointe subdivision argued that the district was responsible for upgrading the access road, too. The issue dragged in court, and in 2010, the Alaska Supreme Court sided with the developer, obligating the school district to move forward with the road expansion.

Now it’s nearly complete, according to the municipality.

At work on the road are the Anchorage-based general contractor Mass Excavation, Inc., and the civil engineering firm PTS, Inc., which is providing project management services, Hansen said. Yosemite Drive – the only access route to the school and Eagle Pointe – has remained open throughout the construction season, with hundreds of vehicles sharing the narrow, rough dirt road with heavy equipment and a seemingly endless stream of trucks.

Crews are currently focusing on the “curb-to-curb” portion of the project, installing gutters and laying down pavement in preparation for the beginning of the new school year, Hansen said. The curbs around the entrance to the high school are already complete, he said, and project managers hope the bordering pathways are next in line.

Landscaping and other final touches might have to wait until next year, Hansen said, but the bulk of the project is slated for completion by mid-to-late August.

The Anchorage School District school year begins Aug. 21 for students, with teachers due back Aug. 16.

What an accomplishment! Way to go guys and way to make us proud! Keep up the safe work!!!